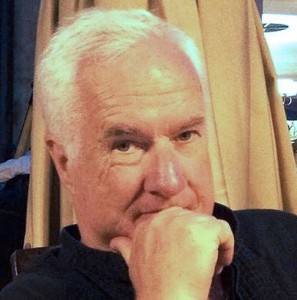 Henry Johnston is a full time writer specialising in the short story format. He divides his time between inner-city Rozelle in Sydney, Australia, and the South Coast of New South Wales. Henry’s family migrated to Townsville from the U.K., before moving to Sydney, at a time when the city sparkled with luminous golden sandstone buildings and low-rise ornate Victorian architecture. The family journeyed by tram to La Perouse, and visited the beach where Captain James Cook landed in Botany Bay. As a mature writer, Henry’s short stories explore this collision of cultures, and are recounted from the immigrants’ perspective. During a career in media, Henry worked as a broadcaster and producer with the Australian Broadcasting Corporation, and served as a departmental liaison officer, and senior policy adviser in several New South Wales Government portfolios, including Aboriginal Affairs. A compendium of Henry’s short stories is published on Amazon.com. Search for Last Voyage of Aratus. On Smashwords search for Port Out Starboard Home. Other stories are published on narratorAustralia at www.narratoraustralia.com. Henry’s next novel is set in Vienna Austria, during the Anschluss. Friend Henry on Facebook, and Google+